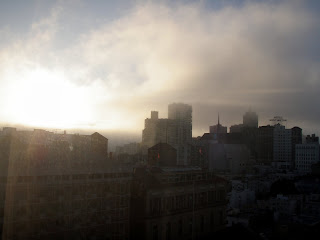 I went outside to have a cigar this evening and learned something about life. After standing in the doorway of my hotel for a few minutes, I decided to walk around the block and do a little people watching. I get a great deal of pleasure from the anonymity of the city.
Most of the time, I guess I have a look on my face that discourages a lot of people from approaching me. I suppose this is the same mechanism that leads a lot of people to think I am aloof. Really, it is just a preemptive measure to limit the times I make a decision to give something of myself or say no to someone. I am uncomfortable with small talk, and I am even more uncomfortable saying no to anyone. This can make being in downtown San Francisco kind of uncomfortable, if I leave myself exposed, because on every street there seems to be someone trying to sell me something, or trying to get a hand out.
Anyway, tonight I must have left my mean mug up in my hotel room, because I was catching smiles and eye contact from other people out wandering in the city evening. Eventually, I was approached by a guy looking for some money. I told him I didn’t have any cash or cigarettes, and he asked if he could just talk to me for a few minutes. Usually I could have just given him a hand wave and a shake of my head while somehow pretending to be polite, but tonight I just didn’t have it in me. I leaned up against the wall and said sure. I stuck my hand out and asked him his name. He told me his name was Chester, and that you can't judge a book by its cover. I agreed, and told him I had some life experience that has proven that statement to be true.
The details of the conversation aren’t too important, but we proceeded to tell each other our stories and reminisce about Caprini Green when Chester told me he is a transplant from Chicago. He told me he would be sleeping on the street tonight after he hustled up enough money for a couple of beers. I wished him luck. I told him that life has ups. He told me life has downs. I told him that I have been in shoes pretty similar to his, and I think he believed me. He didn’t ask me for money again, after about forty five minutes, he asked if he could hug me, and I said yes.
When I saw this man, I wanted to hide. I wanted a shield to protect myself from the discomfort of telling him no. I was sure I would leave the encounter with something taken from me, if only my pleasant mood. I was wrong. It was me who gained from the exchange, and I hope I will never forget it.
Good luck Chester. I hope you get everything you need.
Posted by Constitutionally Incapable at 9:42 PM 4 comments: 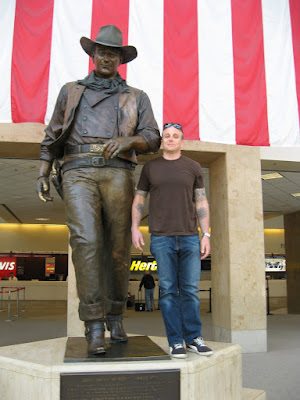 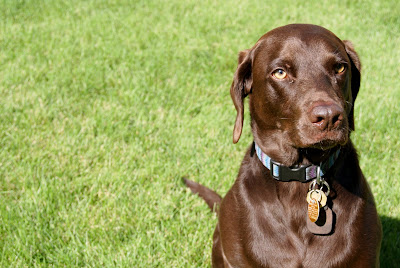 Mowgli is interested in romantic evenings cuddled on the couch, long strolls on a beach or next to the river, and playing fetch. Mowgli is settled down and happy, but from time to time he would like a little variety in his life. Please respond with a photo. 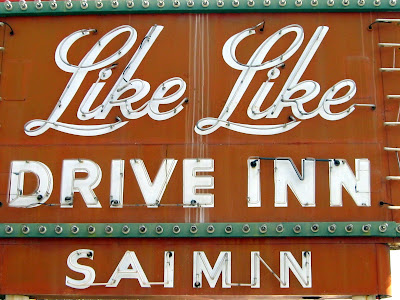 Posted by Constitutionally Incapable at 2:28 PM No comments: 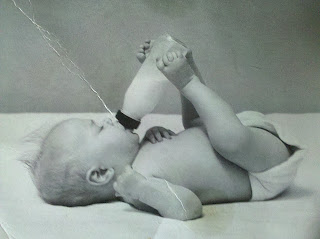 I ran into an old friend yesterday.
She is as beautiful as ever. The last time I remember seeing her, my life was in pieces and hers was smooth. Those roles are a little different today, but I still feel so small and ignorant when she smiles. She shared an anecdote about a boy who stopped breathing a decade ago on her living room floor. I felt some vague recollection of hearing the story before.  It could have been a dream.
It is funny how the things and situations we find so permanent and definite sometimes seem to get really small when you are reminded of the past. My life seems to be full of such extremes. In my youth I so arrogantly thumbed my nose at death and the inevitable consequences I was told so much about. When I see someone who knew me then, I can get proud, embarrassed, grateful and nostalgic all at the same time.  The combination of awkward regret and ego are my first reaction. Eventually, though, I take a look at them. I absorb the story in the wrinkles starting to form around their eyes. I hear the triumph in their voice for making it to today alive. It is at that point that I am reminded we are not very different. We all have ups and downs. We have all done foolish things. We have all hurt others, and we have all been victims. My story is not that unique. When I remember that, I remember to love.
Posted by Constitutionally Incapable at 2:45 PM 2 comments: 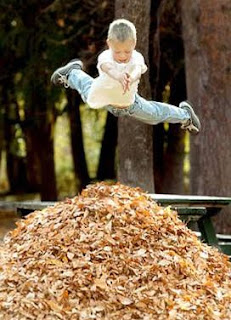 Autumn is here, and I still haven't taken much of an honest moment to observe the summertime. I waste so much time complaining about how I don't have any time. That being said, I think I can safely say that this has been the best summer of my life. I said that last summer too, and it was true. I am happy this is the case.
The mornings are crisp, and I can smell the history of bus rides and kicking leaves as I walk around in them. Instead of feeling exposed, I feel protected by this little city I live in. I feel home. Autumn is here, with pale mornings and blushing afternoons. I am in love with everything. I am still testing things out, but I trust my footing.
This is the middle of my life. I don't know how I got here. I don't know exactly where I am in the scheme of things. It is impossible for me to pay attention to much of anything while I am in all this awe of just being here. I am the stuttering fool who crushes the things he loves. This is my life, and I don't deserve it. I am the kid with the brand new skateboard that is afraid to use it.
This Autumn I am reminded just how fast the seasons end. Soon my body will wither, and my mind will slip. There are advantages to that too of course, but it is time to take advantage of what is in front of me this very moment. Plunge!
Posted by Constitutionally Incapable at 2:47 PM 3 comments: